No events booked yet

We at Lee Sterry Sports Coaching pride ourselves on good feedback from parents and teachers, we work hard to maintain high standards of coaching throughout our programmes.

Please Take a minute to read some of the great feedback we have received. 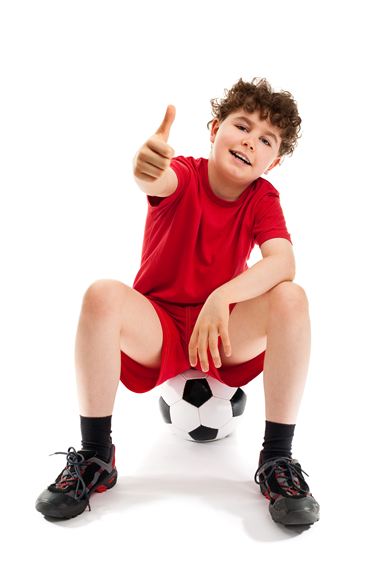 Lee Sterry has an excellent group of coaches who have taught my little boy football skills in a fun and relaxed environment
Lee Sterry is very professional and very welcoming for the children. Great value for money!

‘Ben really looks forward to his Saturday morning football class. This is a very well run course with emphasis on developing skills in a fun way.’
‘Our 3 year old really loves the football class! We can’t speak highly enough of Lee and his other coaches who create a fun and encouraging atmosphere for the children.’

‘Isaac loves to be part of the team and learn new skills. I love to watch him listen and follow instructions as it never happens at home! The coaches are really good at controlling the kids and getting the best out of them. The great thing is that you can see the coaches having fun and enjoying thier time too. I would recommend the courses to anyone as it builds confidence, skills, and above all, it’s fun!’

‘An amazing course, a great introduction to football. Lee and the boys really engage the children, my son has lots of fun and he will be defiantly signing up for the next course!’ ‘We are now doing this course for the second time, Lee and his team do an excellent job and i would highly recommend it.’

‘My son really looks forward to football on a Saturday morning. It’s amazing to see the improvement in his concentration and listening as well as his ball skills all in a matter of a few week.’

‘The class is great for football beginners. Lee and the other guys are really good at engaging with the kids, making the classes fun as well as developing football skills. I would highly recommend it’

‘A brilliant course, both my 5 and 3 year olds love it! I have never seen such a well organised group of 3 year olds! They have both learned so much and not just about football but teamwork and listening. I would not hesitate to recommend this course.’

‘James always looks forward to football on a Saturday, the coaches are great and make the sessions fun and enjoyable for the kids. ‘

‘Angus thoroughly enjoys his weekly coaching sessions with Lee Sterry. Skills are introduced gently and the sessions are always fun. He even chose a Lee Sterry Football Party for his 5th Birthday!’

‘Aryan looks forward to Saturdayb morning for his football lesson. He enjoys his lessons and Lee Sterry’s Staff are excellent and he always has fun.’

‘Luca and Leo always look forward to their Saturday morning football with Lee Sterry. They are very keen to show us afterwards the new tricks they have learnt’

‘Aryan loves his football and looks forward to coming every Saturday. He likes the coaches and learning different skills each week.’

‘My son has been coming to Lee Sterry’s football courses for 2 years and has made great progress. He really looks forward to coming every week. It is always very well organised and the new venue at Gosforth Academy is fantastic’

These are all recommendations from Teachers and Staff from the schools in which we deliver.

Lee Sterry Sports Coaching has been working at St Cuthbert’s for the last five years and throughout this time I have found his coaching to be of the highest quality. He has delivered PE PPA sessions from Y1 to Y6 and after school clubs. His sessions are always very well prepared and resourced. The children thoroughly enjoy their time with him and they all develop their skills immensely. I would strongly recommend Lee Sterry to you.

‘We at South Gosforth First School have been working with Lee Sterry Sports Coaching for a number of years. In this time period he and his staff have delivered PE lessons to the highest quality for our Reception classes, through to Year 4. We also use his expertise to provide after school football, tennis and multi-skills sessions that offer’s all of our pupils a fantastic opportunity to enjoy sport, keep fit and improve their talents.

South Gosforth First School would not hesitate to recommend Lee Sterry Sports Coaching to any other school, parent or organisation.

On behalf of South Gosforth First School, I would like to thank Lee and his staff for their hard work and I hope it continues for many years to come’

My son Dan has been going to Lee’s courses for the last four years, since he was five.  He started on the Friday night and Saturday morning sessions, progressing onto the holiday week courses and for the last couple of years he has been part of the weekly Advanced Skills Training Course that Lee runs. Dan loves playing football and this is certainly partly due to the confidence and enjoyment he has gained through the time he has spent with Lee and his coaching team.  If it was up to Dan he would spend all summer playing!  Lee and his team of coaches are excellent and achieve a perfect balance between skill development and team play and simply having fun. (Adam Green  –  Parent & School Teacher)

My son Alex has been attending Lee Sterry’s Football Courses for over 3 years now. He enjoys going not only for the football element but also to participate in other games and skills. We have found Lee and all his coaching staff to be very approachable, professional and great with the kids. Through Alex attending Lee Sterry’s classes, he was then put forward through the link Lee has with Red House Farm Junior Football Club and joined in the development team for U7’s. He has been with the club for over 2 years now and is now in the U9 first team, as their captain. Alex was also invited to join Lee Sterry’s Advanced Programme and from this he has acquired confidence, technical ability and has developed individually amongst many other things. My youngest son has now started going and i hope he has as much enjoyment over the coming years as Alex is. (Joanne Pattinson  –  Parent)